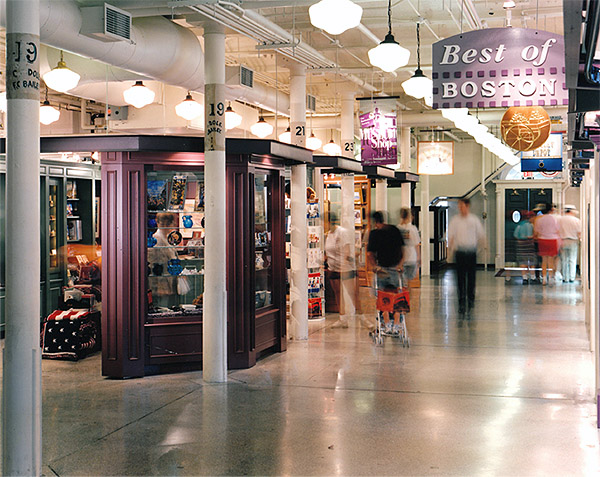 The Shops at Faneuil Hall

Faneuil Hall was constructed in 1742 to provide the citizens of Boston with a central market hall for the purchase of local meats and produce. On the second floor, a meeting hall served as Boston’s first Town Hall, hosting debates between colonists which would eventually lead to the outbreak of the Revolution, and earn Faneuil Hall the nickname, the “Cradle of Liberty.”

The project included the restoration and redesign of the first floor market so that it could serve a new generation of merchants and shoppers. In the renovation, remnants of the building’s interior from various periods have been preserved on the walls, columns, and hanging from the ceiling. A new tenant layout was designed with retractable demising walls so that merchants and shoppers can mix in a lively, informal way.